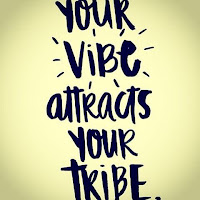 It takes all kinds of people to make this world. True. If you look at it differently, at the very core, there are two types. Positive and Negative.

Negative people are … well, negative. Why spend any more time on them?

This morning I was suddenly reminded about the person on my Whatsapp list who was working through a GM diet. I do not remember who this person was; just that she would post a daily status. I couldn’t recollect seeing one this morning. Someone close to me is on a difficult diet too. While I would be hopeless at any kind of dieting, I smile knowing that they’re working hard and going strong! I know of another work-friend of mine, who started out on one such and couldn’t sustain the momentum post the diet. But the important thing was, she had believed in and made an attempt. Having something to believe in – that’s important.

A Facebook friend of mine is currently on a #100daysofrunning challenge, running a minimum of 2 kms every single day for 100 days. #Noexcuses. Every single day he posts a picture of him post the run. And there are folks who consistently like those posts and encourage the run.

Another long-time work-friend of mine back in the States, would run a lot of full marathons. His trick to completing those was asking for and dedicating each mile to one of his encouragers. Needless to say, he would find some co-supportive energy to go on and there were people equally egged to see him complete the run.

I say this, because it’s not a cake-walk to take on something and see it all the way through to the end. Back when I was doing the A-Z challenge, I remember twice along the way where I was so exhausted with the other happenings during the month (all good stuff, hectic though!) that made me want to quit. But then there would be those beautiful souls who would ping me asking for the post of the day, those congratulating and commenting, those calling or just simply sending out positive vibes. I have to honestly say, the posts written those days were more for and due to them.

Of course, like I also said – it takes all kinds of people to make this world. There are those who are not just negative, but insanely toxic. Never encouraging, always belittling. I know a couple of such people and try as I might, I cannot remember the last time they said anything positive about anyone.

Make your own call. Find out if someone believes in a cause strongly enough to make you want to encourage them. At times I find it difficult to support someone in endeavors that do not make sense to me. If I cannot encourage, may I not discourage either.  I have negative phases too; we go through ups and downs. But don’t be someone who stays down there forever. If you need to pick between being an encourager versus a put-down, choose the former. Always the former.

Nice post Deepa. You are right, if you can't encourage, don't discourage either.

It's all about how you want to take it…It starts within yourself. Positive mind will always look for Positivity.
Be Positive, Patient and Persistent.

I agree with what you have said.Very often we do not know the motivations of others for what they are doing. It is always good to encourage and if one is not sure it is better to remain silent.

Lovely post Deepa… I have met all kinds of people . Some encourage me for what all i am doing while some say why is it necessary to do so many things..why cant you be happy being just a mother and wife. Initially I used to feel bad but now i don't care. But luckily I still have people who asked me during a to z if i missed a post. I aM grateful for such positive people around me.. You are one…

Honestly, the effort is always a work in progress though!

It's a constant lesson though initially – hopefully would soon become a habit and then second nature! Thanks for the comment, Abhay!

True, KP! We ain't walking their journey in their shoes. That being said, it's human nature to sometimes get exasperated with people close to us when we cannot understand the journey they are on.

You're a beautiful soul in whatever you do, Aparna! As long as it's not stressing you out and robbing you of peace, do whatever it is that makes you happy!