Skip to content
And thus, I kick-start my 2015 blogging journey with April’s Blogging from A to Z Challenge!
Click here to read more on the challenge! And if you’re participating too, leave your blog site in the comments! I’d love to visit!
Presenting the first post of the challenge, themed on Weddings! 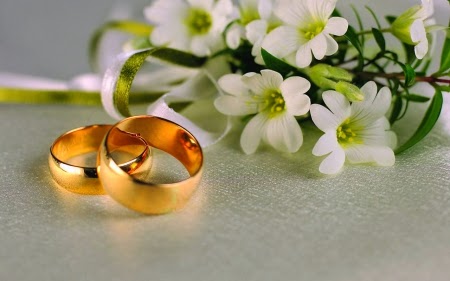 ‘You remember this one, Meera?’ Janet asked, holding up Meera’s ornate gold-and-wine wedding album. Meera stayed unmoving, her gaze drifting out the window, settling on something in the distance but not really seeing.

‘Look how dashing Abhinn looks in this one!’ Janet persisted, her index finger poised on a couple’s snap of Meera and her newly wedded groom smiling unabashedly at the cameras. The warmth from the picture carried over and permeated the chill in the room. For a second, Meera’s eyes misted over, memories spilling over.

‘I really fell for him, didn’t I? Such an emotional fool I was!’ She said, a wistful smile splaying across her lips. Shadows of hurt danced across her eyes and yet Janet could feel a glimmer of hope in there. Or maybe, it was just wishful thinking on her part.

‘He did too, babe. He did too.’ She whispered in the silence.

‘But Abhinn dada, why can’t you try and talk to her once?’ Arushi asked, meeting her brother’s eyes in the mirror. Squinting at her reflection, she finally pursed her lips acceding that her 8th attempt at applying the eyeliner was probably going to be the best she could do.

‘Stop making faces. It’s not a joke’. He said, reprimanding her lightly.

‘But dada …’ She whined, not willing to let go.

Abhinn took a deep breath. Some days he felt he could still smell her fragrance, lingering in the room days after she had left. Or maybe it was his mind playing tricks on him. Arushi stood facing him, an expectant look on her face and a thousand questions bothering her.