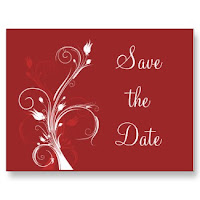 One balmy Wednesday evening
Queenstown, Singapore
“So, should I tell my folks to go ahead and talk to your parents about fixing a date?” Viren asked Sia. Sia demurely nodded. She had been talking to Viren on and off for the past three months. Viren’s parents had approached Sia’s with the proposal and it was now up to them to either take it forward or call it off. All this was very new to Sia, who had heard a lot about how arranged marriages went, but for her, this was the first guy she was considering. Viren had said that he had been through three such meetings before, but it hadn’t worked out and he known that in the first couple of meetings itself. They had started off awkwardly, but through these months, they had become more understanding of each other.

After a lot of to and fro between both sets of parents, their wedding date was set to be four months out, the venue decided as Mumbai, India – the hometown of the bride. Preparations were on in full intensity, there was so much to be done. Right from the hall decorations to food caterers, from the groom’s suit to the bridal wear, cosmetics and jewelry to party favors, everything was looked at in minute detail, options analyzed, every detail shredded, every alternative considered. There was an electricity in the air.

“Hurry up Amma! We’re getting late. The wedding would be starting any minute.” yelled Nisha at the top of her voice, standing by the wooden banister, looking up the stairs.
“In a minute. You go ahead. I’ll join you” her mother answered back.
Nisha tossed a look at her father, who shrugged as if to say “as usual” and then walked into the living room. Her maternal grandma sat all dressed up, waiting. It was Anu Akka’s marriage today and Nisha had been looking forward to this for a long time. The two were maternal cousins but had been as close as sisters since birth. There was also an ulterior motive behind Nisha’s eagerness around Anu’s wedding. Anu, the elder one, out of the way, would pave the road for Nisha’s own wedding which she was earnestly looking forward to, considering she had already decided who the groom would be.

Nisha’s mom came down the stairs, looking beautiful in a traditional turquoise silk sari, her heels going clickety-clack, her hair braided, full of jasmine flowers that Nisha could smell a mile away.
“You’re not the bride Ma. No one’s going to be looking at you. You know, they wont even see you.” Nisha said.
“So what? I can still look good, after all it is a wedding in our family.” countered her mom.
Nisha rolled her eyes and shook her head. There was no point in trying to make Amma understand.
The wedding decor was exquisite. Hundreds of people, mostly relatives and close friends were mingling about. Mom was excited beyond means, its not everyday that you get to see your cousins and relatives all at once. Anu Akka looked beautiful, very much the blushing bride. Grandma couldn’t stop praising her. Nisha sat admiring everyone’s clothes, make up and hairstyles. They sat painstakingly through all the rituals that seemed endless to Nisha, but there was an aura about the event that kept her entranced. Towards the end of the wedding, Grandma murmured “O Rama, everything went well. Only Nisha’s wedding is left now. Once that’s also over, then I can go to Rameshwaram and even to God’s abode in peace.” Amma shushed her.

4000 miles away
Bristol, United Kingdom
“Its a boy! Its a boy!” said Arun’s mom, standing outside the maternity ward, hardly able to contain her excitement.
“Can I see him? Where is he? Why can’t I see him?” asked Arun, impatiently.
“Wait, let me ask the nurse to bring him here.” said his mom.
“How’s Richa doing? Is she alright? Can’t I see her?” He asked.
Arun’s father went to beckon the nurse over. She had been swaddling the baby in blankets, keeping him warm. Richa had been slipping in and out of consciousness and the nurse was trying her best to keep the baby well fed and comfortable until Richa could take over. Arun could see her now walking towards him, the baby in her arms. His paternal instincts took over and tears flooded his eyes, his chest swelling with pride and fatherly love. He wiped them with the sleeve of his shirt, and instinctively his hands went out, wanting to cuddle the baby. 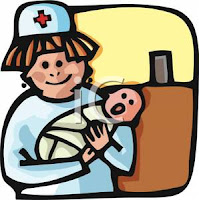 Even if fictional, these three events represent true happenings across the world. The globe is shrinking by the minute, distances minimized to such an extent that the advent of technology today proves the saying right ‘Where there’s a will there’s a way’. No longer does distance stop people from achieving their goals or realizing their dreams. The world has traversed a long way from 3 ½” floppy disks to CDs, DVDs, pen drives, bulky 500 GB hard drives to 1.5 Terabyte flash drives. The internet has taken the world by storm. Physical friendships and relationships have been outnumbered by online ones. We have more friends and contacts on Facebook than we meet in a day in real life. Grandparents watch their grandchildren grow up, via Skype. New businesses are built and orders placed at a click of a button in the comfort of a home. The physical trials and tribulations of standing in long queues to get grocery shopping done on a sweaty Saturday afternoon get replaced by placing bulk orders online on swanky websites featuring photographs of mustard seeds and coriander leaves while travelling in an air-conditioned car. One no longer has to be physically present for interviews! Email, telephonic calls and Skype interviews rule the job sphere today. No more tagging along bulky books on trips. Bored on a flight? Read a book or watch a movie on your big screen cell phone. Email has revolutionized the planet. And with an app now being available for literally anything and everything that you want to do, not having a smart phone is not a smart decision. Be it navigating roads or even capturing the speed of a cricket ball through a Speedometer app, people live a good portion of their lives through the cell phone today. Sure, there might be evil threads too but for the most part, the world wide web takes everyone under its wing! From news sites to movie tickets, buying art online to transacting money, from text chat to video Skype calling – internet is and will be fun on the mobile! Had it been a made-made construction, how could it not have made it to the seven wonders of the world then?

If someone had told my octogenarian grandfather in his prime, that one day people living in two opposite sides of the globe would be able to talk to each other, much less see each other via something called a cell phone or online chat services, he would have thought it was crazy. But then people thought Einstein was crazy too. And yet, internet and technology continue to advance by leaps and bounds. It is almost a mandate then, that new products have to be internet compatible. The latest cameras have wireless connectivity to Internet by which you can upload pictures and share them with social networking sites and such. Cellphone and internet provider companies also come up with value added services to promote their business. The ZooZoo commercials by Vodafone were one such example, where promotion products like T-Shirts, coffee mugs and caps sold like hot cakes.

I spend 1/3rd of my day online, browsing websites, news articles, blogs, Facebook, typing up stuff on Google docs and wonder how I survived before I had internet. But then ignorance is bliss. With every new demand in the internet space, techie companies come up with new concepts. Today its the Cloud, tomorrow it will be something else!

So is it surprising then, that even though 8000 miles away, Nisha and her family, especially her grandma who couldn’t stop describing the wedding in minute detail to anyone who cared enough to listen, could still witness Anu’s wedding being held in Chennai via live-stream as clearly as if they were attending it physically? 4000 miles away, Arun could see his newborn son? And sitting 7000 miles apart, Viren and Sia made the best decision of their lives online? And to top it off, their entire wedding purchase was done through wedding websites? The day isn’t far away when we would be transacting our entire life’s activities online saving tons and tons of paper even though ironically, we gobble up electricity, and yet that would be the day, the tree huggers would thank us from the bottom of their hearts! 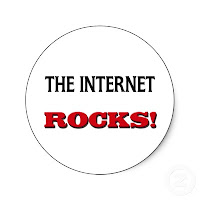