Skip to content
Nope, no marriage being ministered. And no, I haven’t changed my profession either. Still unemployed, still enjoying. The title of this post points to this month’s topic chosen by Bhagyashri, for our writers circle monthly blog posts.

“Given a chance, the power/sixth sense I would like to have & why”
Hmm, interesting. The first thing that comes to mind is Superman. Movies and TV have always been full of superhero concepts – Heroes, Batman, Superman, IronMan, Spiderman. Think of the possibilities. Initially when she suggested the topic, I started thinking of all the serious ones – eradicate poverty, banish corrupt folks – typical, like spoken at a beauty pageant. And then Swati suggested, how about adding a touch of humor to it. So am going to cheat a little and submit two entries, one humorous and one serious. Here goes.

1. The “Eat all you can” buffet!
Yep, think about how cool that would be. “With great power comes great responsibility” said Spiderman. Well, he definitely wasn’t hungry when he said that, else he would have picked something like I did. He probably wasn’t thinking about using the power for himself either. But me? Well, this particular one is about a humorous take, so I’ll be selfish and choose the power to eat whatever you want, how much ever you want and not gain an ounce or affect cholesterol or my health in any other way. I never used to be a foodie when I was in India. But the recent years have made me yearn for all kinds of food. Its possibly got to do with the fact that eating now makes me gain weight unlike in India, when regardless of how much I ate, I wouldn’t put on. The physical activities and the day to day stresses took away all of it. That’s why I probably didn’t realize it then, because I do not think my apetite’s changed. So yes, that’s my wish. Be able to eat all I want to without having it affect anything else! 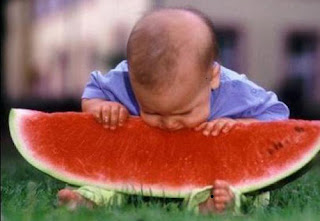 2. Minority Report is back!
This one’s the serious one. I remember watching this movie with my friends after I had graduated 12th grade. The idea that someone could predict crimes and arrest the perpetrator even before the crime is committed fascinated me even then. I have not been a sci-fi fan ever, but futuristic films have held me spell bound and tingly for a long time. What if someone did clone and recreate dinosaurs somewhere like in Jurassic Park? What if someone did create machines more powerful than man, that could someday eradicate mankind like in Transformers? And yes, what if we had a world where we could (or I could – as this post goes – have the power to) identify criminals and nab them prior to or in the act? The world would be a much more safer place. Of course, I wouldn’t know what to do with the nabbed criminals or even where to house them, considering the legal and judicial systems backlogs are at an all-time high, at least in India, but that’s a whole different conversation. 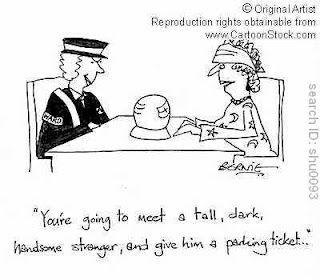 What about you? If you were given the option to have any one power/sixth sense what would it be? What if it did get granted? But then I also think about the movie Bruce Almighty where Bruce Nolan plays God and grants everyone’s wishes not having the time or interest to pick and choose. What would happen if everyone’s wishes were granted? It would be chaos to the power of a million. Oh well, that would be interesting to watch too!


I would love to hear your views!

10 thoughts on “By the power vested in me”